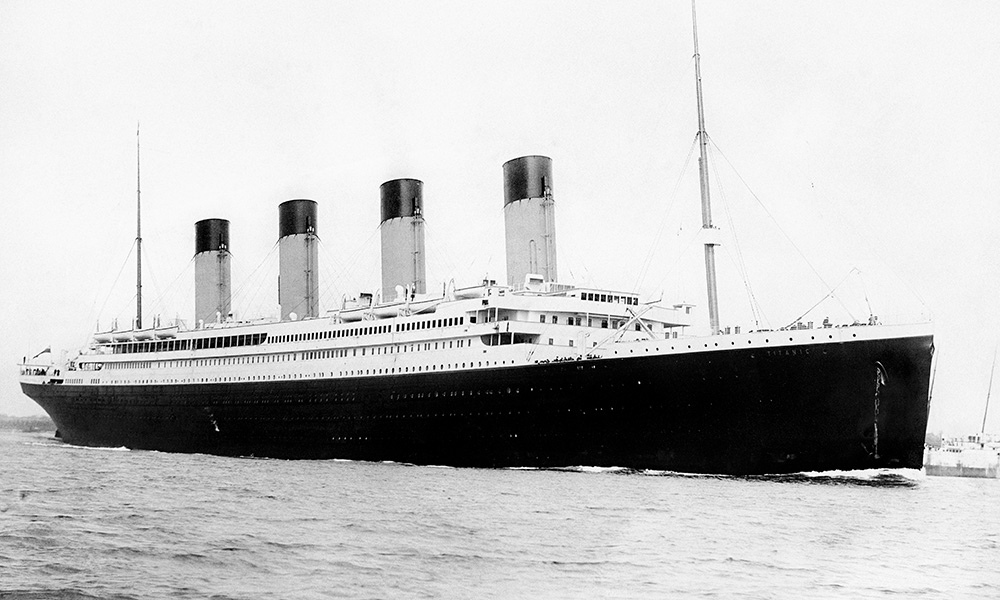 Hugh Brewster is the author of numerous best-selling books about the Titanic. In his most famous book, Gilded Lives, Fatal Voyage: The Titanic’s First-Class Passengers and Their World, he provides a thoughtfully examined and vividly illustrated look at the eerie and unforgettable stories of the doomed ship’s passengers.

“It’s our most potent modern parable, the great ship, deemed unsinkable, going down on her maiden voyage,” says Brewster on why we’re still talking about the Titanic a century after its tragic sinking. “The stories of how people behaved on that sloping deck are haunting and unforgettable.”

Through colorful portraits of some of Titanic’s most fascinating and well-off voyagers, the book provides surprising discoveries about the private lives of wayfarers like artist and writer Francis Millet and his friend (and former roommate) Major Archibald Butt, military aide to presidents Theodore Roosevelt and William Howard Taft.

Of particular interest to LGBTQ readers is Brewster’s suggestion that Millet and Butt were more than friends. He writes that while Butt, a “dandified bachelor with an intense devotion to his mother, seems a more likely gay man than Frank Millet, the decorated war correspondent and married father of three,” Millet was likely queer.

Following the disaster, Millet discussed his homosexuality with San Francisco poet Charles Warren Stoddard, which suggests that it was more than an adolescent bohemian phase.

“Since homosexuality was once an imprisonable offense,” Brewster told The Advocate, “incriminating diaries and letters were usually destroyed, which is why it is remarkable that Frank Millet’s unequivocally homoerotic youthful love letters to Stoddard have survived.”

In Millet’s final message, mailed from the Titanic in Queenstown, Ireland, four days before the sinking, the artist wrote to another friend that an inspection of the passenger list led him to believe that there were a good number of “our people” on board Titanic.

While most books about the disaster place the Titanic as the tragedy’s protagonist, Gilded Lives lets her well-known passengers take center stage. The result is a captivating tale of people gay and straight people whose fates are as tragic today as they were more than a century ago.

You can order a copy of the book here.