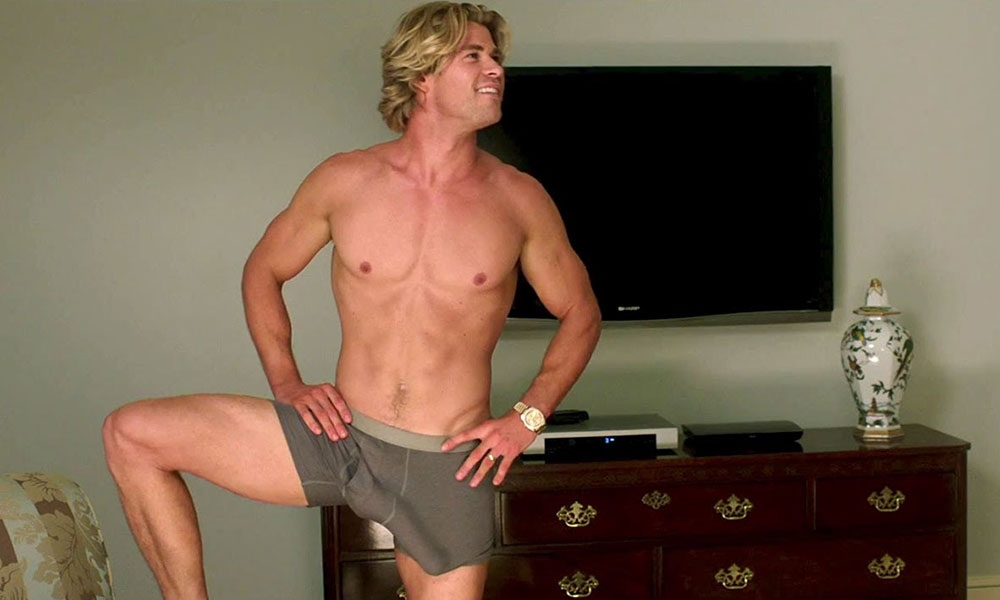 Masculinity is often, these days, described as “toxic”. In May, Hillary Clinton spoke at a gala where “toxic masculinity” cocktails were reported to have been served. Toxic masculinity even has its own Wikipedia entry.

Against this, attempts to change masculinity are growing. Bestsellers by Chris Hemmings, artist Grayson Perry and Robert Webb interrogate their own biographies to challenge what it means to be a man and identify the damage that can be done through the pursuit of stereotypes that cut men off from others, their feelings and understandings – and indeed from their own experience. This hurts more than just men as individuals. It is also implicitly institutionalized by the places where we work – where men still usually dominate.

But why is it so hard to release men from the dominant understanding of what it is to be masculine? How do we make it acceptable for men not to reproduce patriarchal behaviours – to allow them to adopt more emotionally resonant and “tender” forms of masculinity? It’s hard because what it means to be masculine – strong, brave, power-hungry, in control, unemotional unless angry or in competition – is just an expression of one hegemonic metaphorical form: penis-obsessed and power-hungry phallic masculinity.
But the powerful phallus has never been the only masculine metaphor available. Throughout history, two alternative metaphors – based around the testes and semen – offered fruitful alternatives to bring out very different sides of masculinity.

Over the past decade, we have researched all three metaphors, looking at how they impact on organizations, working in the background to shape what people pay attention to, how they act as a consequence – and what they feel about the result. We consulted historical texts and archaeological sources, anthropological studies, medical papers, psychoanalytic accounts, popular literature, studies of contemporary masculinity and contributions to the sociology of organizations. We charted a way through these incredibly varied masculine forms, identifying more caring and creative alternatives to build on Perry’s call for tenderness.

Phallic masculinity underpins the social formation of patriarchy. Yet its early manifestations were not equated with the lust for power that defines it today. The earliest phallic objects, found in southern Germany, are some 28,000 years old.

Initially, the phallus was more associated with natural fertility. The Egyptian God Min, for example shows an ample erection in the left hand and an agricultural flail in the right. In some cultures it was seen as a bridge or means of relational connection rather than domination. For the ancient Greeks, the penis had creative associations, seen as a sort of Merlin’s wand. The ever-ready Priapus was also the god of vegetable gardens, beehives, flocks and vineyards. Being “a dick”, then, was not necessarily pejorative in those times. But unless you were a god and it went with your responsibilities, a large phallus was regarded as excessive and crude.

For the Romans, the phallus became more of a power-centred battering ram. A large Roman phallus was a sign of status, the ability to protect and vanquish evil. This can be seen in statues and amulets of the period, a view that embedded itself in Western cultures. Male gods displaced Earth-mother deities, and the dominance of the phallus was enacted less through physical displays of power and more from symbolic displays of control.

Related | This Is Why I Jerk Off at the Gym

Despite the obsession with control, a phallic understanding of masculinity is not always entirely negative. Benign patriarchy, for example, could be seen as well-intentioned benevolent discipline (“tough love”). At their best, such patriarchs tempered control with a touch of care and charity, even generosity. The control element might be subtle and imperceptible. But today, being “a dick” is hardly associated with tender emotions. Phallic metaphors have now become largely negative — associated with tight hierarchical control, intense competition and obsessive zero tolerance of error.

Before the Romans, metaphors that involved the testicles dictated what was understood by masculinity just as much as phallic ones. Testicles were associated with fertility, strength and energy in early religious texts.

But the testicles of the sexually potent Egyptian god Seth came to represent savage, undifferentiated elemental forces. And these required taming. By the Roman period, the “family jewels” began to be seen as the source of passions that distracted from divine motivations and masculine phallic control.

This led to the development of castration cults. Devotees would run through the streets cutting off their own equipment as they went, throwing it into nearby houses. Catching a set was supposedly a blessing, like a bizarre bride’s bouquet. Amazingly, these cults were so popular they had to be banned in some countries. A surviving practice was even found in a central Russian Coptic sect — the Skoptsy — as late as the 1960s.

Today’s testicles are symbolically associated with bravery and confidence, “having the balls” to do something. Classic coaching behaviour, for example, aims to develop a capacity in others to have the machismo or “cojones” to assert oneself. This supports initiative and develops individual resilience, familiar in teams. But the same metaphor can encourage a more divisive competitive environment. General “clubbiness” can degenerate into rivalry. Cheating, ostensive display and addictive risk taking all feed off “the testosterone in the room”.

In a postmodern world, perhaps the traditionally perceived virtues of both phallic and testicular masculinity are less relevant. A more creative alternative may be needed. Semen has long been seen as a “precious fluid” – a source of renewal. Think of the biblical Onan, who was sentenced to death by God as punishment for coitus interruptus. Tribes in New Guinea, meanwhile, had a semen-swallowing ritual for young males to acquire the strength and wisdom of their elders.

In the West, ideas about semen bifurcated in recent centuries. For 18th-century physician Samuel Tissot, loss of semen depleted bodily vitality and even jettisoned one’s capacity to reason. Admirers of this perspective included Napoleon, Kant and Voltaire. Tissot’s influence extended well into the 20th century. The 19th-century American poet Walt Whitman, on the other hand, thought of semen as a renewable resource, symbolic of boundless creativity.

Related | Watch the Skarsgård Sons Show off Their Schlongs

Today, we’re familiar with the idea of a seminal contribution – a “seed” that inspires new departures in knowledge, culture and style, whether it’s Böhr or the Beatles. Such inspiration is what seminal masculinity at its best offers.

But the problem with inspiration is that it requires a leadership style that disseminates and leaves its seeds to grow relatively autonomously, with a little supportive curation. And so it loses its creative power when attached to phallic conservation. Original academics, for example, are disciplined by the peer review process to honor their masters. Likewise, entrepreneurs are brought to book by dragons. Donald Trump and Alan Sugar, as businessmen, do not strike us as being seminal. Neither was Hugh Hefner. Well, not in the way we mean.

But of course, not all men conform to the phallic archetype. Hemmings, Perry and Webb give us plenty of examples of how they can be damaged when they do. But what prevents them from breaking out of this archetype are the deeply entrenched modes of thought that underlie the behaviours they report.

Our research lays bare the metaphorical anatomy of masculinity and provides a more sophisticated lens through which to reconfigure it. Perry offers us a petrol-head metaphor: “men need to look inside themselves (open the bonnet), become more aware of their feelings (read the manual), and start adapting (upgrade)”. We don’t disagree with the sentiment behind this, but it’s still essentially phallic imagery: control, follow instructions, replace, fix, adjust, improve. It’s well meant, but it’s not collaborative, and it’s not relational. Don’t mention your tools.

Masculinity is not a matter of one metaphor displacing another. It’s a weave of all three. We need to understand that weave and reflect on it. Then we can set the conditions for greater emphasis on the seminal and a more collaborative embrace of the feminine.

There’s an old adage that unless behaviour changes nothing changes. But unless the way we think changes, new behaviours tend to revert to type. New practices need new modes of representation, new ways of thinking. Constructing a more tender and adaptable form of masculinity is not a matter of winning, or of refusing to compete. Instead, we must learn to speak differently.