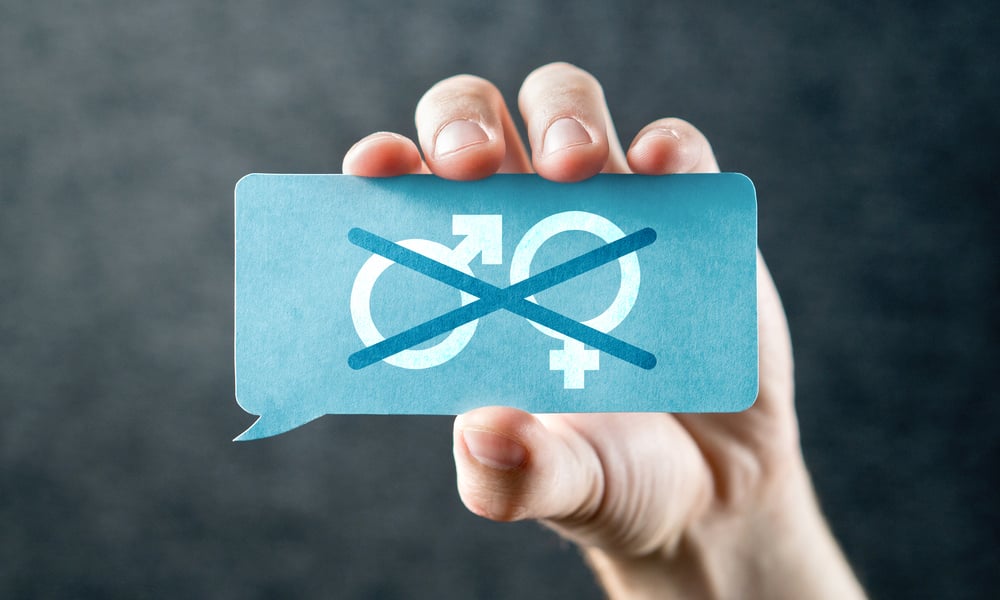 Are You Gender Apathetic? Here’s How To Find Out

What You Need To Know About Being Gender Apathetic

Labels can be incredibly important for a lot of people. For many, labels help them put a name to their confusing feelings about their sexual orientation and gender identity. For others, labels help them find their tribe – their chosen family, so to speak – when the people at home can’t accept them.

But for some people, labels can be restrictive. After all, we’re just now realizing that identity is a social construct and coming up with ways to describe the vast spectrum of sexuality and gender. So what if you can’t find a label that fits exactly how you feel? Or what if you’re just not interested in labeling yourself or maybe even in assigning any kind of value to your gender? What if you don’t fully identify with any gender at all?

There’s a word for that: gender apathy. Here, we explore what it means to be gender apathetic and whether this term is right for you.

RELATED | Omnisexual vs Pansexual: What Is The Difference?

What Does It Mean To Be Gender Apathetic?

“Apathy” is defined by the Merriam-Webster dictionary as a “lack of feeling or emotion” or “lack of interest or concern”. As such, the term describes someone who has no interest in their personal gender identity or the idea of gender as a whole.

Some people may experience gender apathy because they can’t connect with any of the existing gender identities out there. They may feel like they can relate to certain labels on some level, but they don’t feel like any of these can fully define how they truly feel.

Others simply do not like being put into a box, thus the word “apathetic”. It’s not that these people are genderless (though they could be), it’s that they don’t care to think about whether or not they are.

Most gender-apathetic people are also apathetic to gendered comments, particularly ones directed at them. A nonbinary person who experiences gender dysphoria may feel invalidated or offended by someone who refuses to refer to them by their preferred gender-neutral pronouns (e.g. they/them/theirs). However, many people who feel gender apathy aren’t fazed by being misgendered, feeling little to nothing to being called anything other than what they identify with.

To outsiders, gender-apathetic people may seem similar to agender people, who fall under the non-binary umbrella. According to the Human Rights Campaign, non-binary people are those who do not identify exclusively as a man or a woman. The term comes from the concept of gender as a binary (i.e. male or female). Non-binary identities aren’t strictly black or white – here, gender is more like a spectrum. You can identify anywhere within or even outside of the spectrum.

However, being agender and experiencing gender apathy are two different things. Being agender means that you don’t strongly identify with any particular gender or have a lack of gender. Some agender people describe it as having no “internal sense” of what it means to be male or female. People who feel gender apathy, on the other hand, may identify with genders to varying degrees – they just don’t care much about it.

Gender-apathetic people may or may not prefer a particular pronoun. But since they are mostly apathetic about the concept of gender altogether, it’s likely that someone feeling gender apathy wouldn’t care about what pronouns you use to refer to them.

Of course, you still want to be respectful to a person’s wishes with regards to their preferred pronouns, so it’s best not to assume that they’d be happy with any and all pronouns. When in doubt, just ask.

How Do I Find Out If I’m Gender Apathetic?

Is gender apathy something you can relate to? You can take an “Am I gender apathetic” quiz online to confirm your suspicions. Here are some questions you might have to answer:

Challenges Of Being Gender Apathetic

In a world that is so obsessed with labels, coming to terms with having no interest in them, or being perfectly fine without them, does come with its own unique challenges. For one, you can find it particularly challenging to explain your own gender (or lack of interest in having one) to people who are used to the concept of labels.

Another challenge is finding like-minded folks who get how you feel. Some gender-apathetic people still feel like they would appreciate having someone to talk to about their shared experiences, but finding community in the real world can feel next to impossible. By default, people who experience gender apathy may not have any desire to talk about or express their gender with friends or have the concept of pride that many of us in the LGBTQ+ community do. If you can’t find others who share similar experiences, it can make it extra challenging to figure out whether gender apathy fits your reality. 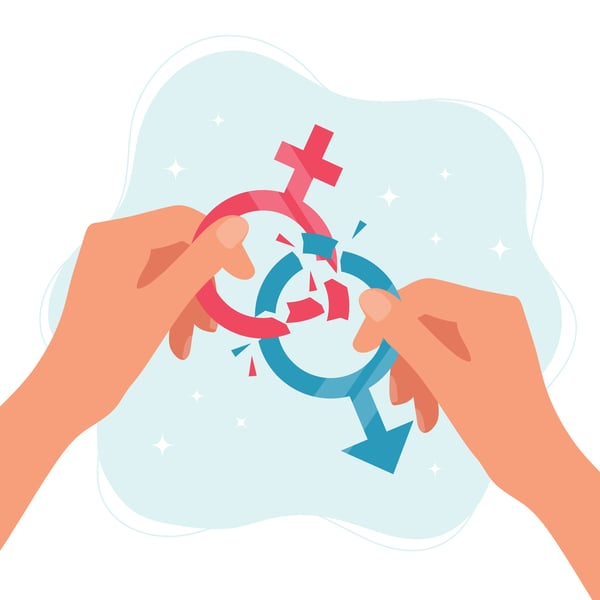 For many people, gender labels are an indispensable component of their overall identity. After all, humans love to compartmentalize everything. It helps us make sense of ourselves, others, and the world around us.
But for others, these boxes can be limiting. Forcing oneself into one gender label can feel like trying to fit a square peg into a round hole. As such, some folks just forego labels altogether, finding freedom and simplicity in just being – no questions asked.

At the end of the day, one’s gender is defined by you and you alone. And nobody can take that away from you.

RELATED | Bi Erasure: Why So Many Bisexual People Feel Invisible

Are You Gender Apathetic? Here’s How To Find Out