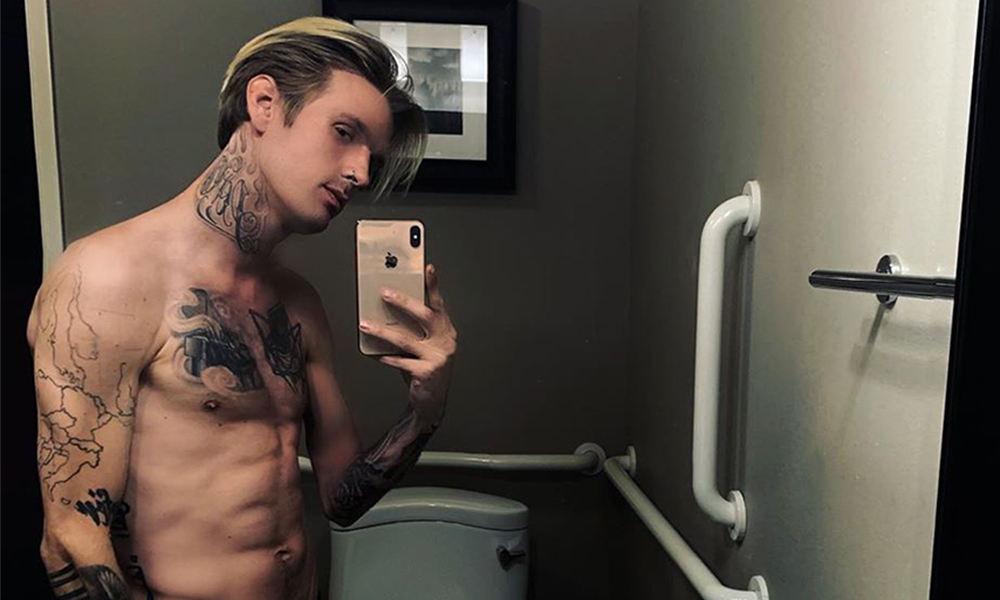 Aaron Carter claims the incident was an accident.

Lately, Aaron Carter seems a bit scattered in his decision making. Last month, the 31-year-old musician tattooed an illustration of Medusa onto face and declared himself to be “the biggest thing in music right now.”

And in 2017, he came out as bisexual and then quickly backpedaled and decided he wasn’t actually interested in men.

Then, over the weekend, Carter “accidentally” suffered a d*ck slip on Instagram Live and debuted his boner to his viewers. He claims that the bedsheet malfunction was completely unplanned, and says the incident caused him great distress.

Naturally, screenshots quickly popped up on social media. If you’d like to see those images, you’ll find a link at the end of this article.

In response to the slippage, Carter took to Twitter to ask why no one was talking about his recent “court victories.”

I just wanna talk about the dick slip on instagram. I’ve been wanting to see that dick since Im All About You days 😁

“How come no one is talking about the last two court dates I had that I won?” Carter asked.

A Twitter user quickly replied, “I just wanna talk about the d*ck slip on Instagram. I’ve wanted to see that d*ck since ‘I’m All About You’ days.”

As promised, you can sneak a peek at the screenshots here.